Because I have to.

The first sentence that made me feel as though perhaps this wasn’t going to be as tedious a task as when I first attempted to read it, waaaay back in school, was:

“If personality is an unbroken series of successful gestures, then there was something gorgeous about him …”

Really that’s only part of the sentence, but you’ve got to love that word – gorgeous? There’s something, I don’t know what, about it when used here, by a man, toward a man. It smacks of jealousy to my mind, or contempt. Perhaps admiration, but I don’t think so. He’s probably merely sharing an observation, but what a great introduction to this man. I know immediately that I don’t want to like him, but probably will because he’s going to be all charismatic and charming, and we’re going to fall into his trap …

Either that, or I’m way off base and, as usual, am living in my own little made up world of what I think things should mean.

It reminds me a little of the way Patricia Highsmith writes about Ripley. Now, there’s a creepy fellow …

Anyway, I’m reading it because I can’t go to see the movie until I have, and the movie doesn’t look as dreary as the book seemed to be when I was a kid.

In the rest of the news: I spent yesterday painting. Sounds good fun but it ended badly. Going out there in a minute to throw all my brushes away.

We’ll just have to wait and see.

The tree came yesterday. You know, the fake one.

It looks O.K. N is going to ‘fluff’ it more today, hopefully that will help.

Let me just say that, as of right now, it does not look exactly like this one. 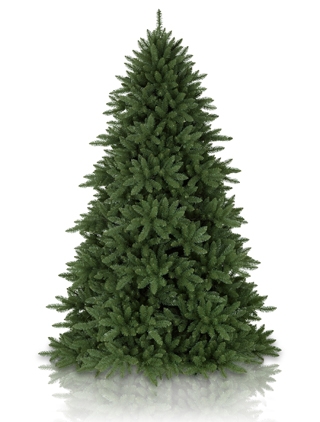 Maybe the man will come over and fluff ours like he fluffed this one.

On the whole it’s pretty nice so I’m still holding out hope. We’ll see what happens when the decorations are on it. Anything’s got to be better than the one we have now.

That all might have to wait until tomorrow though as I have to finish painting the Boy’s room first.

No rest for the wicked.

What are you reading today?

I am a slow reader and proud of it …

I’m still reading The Secret History by Donna Tartt. I don’t think I’m so much a slow reader, but rather, I tend not to read until I go to bed. Occasionally I read during the day, on the weekend perhaps, but usually I have other things I’m doing so I find I’m reluctant to spare the time during the day.

Sometimes I feel embarrassed that people are thinking, ‘She’s still reading that book!’, and that’s interesting to me. Why should I worry about what other people think? Why would I imagine they have even noticed what I’m reading at all? But, it’s still there. The feeling of being criticized. Bummer.

Which brings me to the next book. Or rather, audio book.

Dying to be Me by Anita Moorjani.

I’m not really sure why I bought it except I’ve been wanting to get another audio book to listen to when I’m in the studio. Usually I pick books that I don’t really want to spend the time ‘reading’ but think I might enjoy. Two recent ones were, Shutter Island and Mystic River, by Dennis Lehane. I enjoyed both of these, especially Shutter Island and David Strathairn’s (Mystic River) voice is really nice to listen to …

I’m thinking hard right now, but, I still don’t know why I bought it.

I was probably having a ‘moment’. A, ‘help me someone, I’m falling’, day. Whatever it was, I bought the book and listened to most of it yesterday while making my latest piece of jewelry, … which I’m not sure I like.

See, another ‘moment’. I have quite a few of them.

I enjoyed listening about her (Anita’s) background, albeit, impatiently at first because I just wanted to get on to the dying bit. (I’m a little morbid like that which is probably why I have ‘moments’).

However, I got over that and started to relax into enjoying hearing about her culture, etc. In fact, as an aside, I love the whole Hindu thing. The stories about the deities, etc. Creation Myths, particularly, are some of my favourite stories – in all cultures. Thinking about it, I probably was a Hindu in another life, and Jewish, and a monk, and a witch, and a servant (which is why I hate housecleaning), and …

The connection here is the criticism. How, she (Anita) felt that her whole journey towards her premature death was because she had never allowed herself to just be herself. How she had molded herself on how she thought she should be because of external pressures to conform. That she came back from death and was completely cured of her illness when she finally saw that as we are one with the universe, we are complete. And we are loved because we are complete. And that she became ill in the first place as she was living a lie.

How in the world is it that we all grow up with this sense of having to be a certain way, or read at a certain speed, to feel that we are acceptable? (That’s a rhetorical question by the way as I know full well what my story is, what’s yours? … )

So, I’m listening to the book. I get exactly what she’s talking about. I certainly believe that – we’re all connected to the universe – stuff, and, before you start rolling your eyes, I am not one of those sentimental, new wave, pop culture people. I’m English guys, hello!

Anyway. Long story short, or, long story thankfully coming to an end, whichever way you want to look at it – I’m a little disturbed now.

I still don’t know why I bought the book. I get what she’s saying but now my hypochondriacal, woe is me, self, is really concerned that this, answer to everything, just wont work for me because I’m too caught up in being, well, hypochondriacal and woe-ish. That I’m one of those, I just don’t get ‘it’ even though I get ‘it people. Which probably means that I really don’t get ‘it’ after all. That I’m just being suckered (did I mention I was cynical also?).

I feel more worried now than I did before I listened to it. And, I didn’t even know I was worried in the first place.

So, even though I bought the audio book and don’t know why. Even though I (know) I get it but (feel) I can’t do it. Even though I somewhat believed I was being suckered but still listened to the thing. I think I’m going to stick with, The Secret History, for now, and just read about those kids in this book who are so screwed up that I’m relieved all I have to worry about are my ‘moments’.

Now, I am going to stop worrying about whether people think I’m a slow reader or not and finish the darn thing.